Former Isis Yazidi sex slaves take up arms for revenge, to win back Mosul and ‘bring our women home’

‘We have a lot of our women in Mosul being held as slaves. Their families are waiting for them. The liberation might help bring them home’

An armed brigade made up entirely of former Yazidi sex slaves has joined ranks with the Kurdish Peshmerga to take back Mosul fromIsis and “bring our women home”.

In a region with a proud history of all-female fighting forces, the Yazidi brigade has seen its numbers bolstered in recent weeks as more and more women break free from the Isis jihadist group’s oppressive regime.

Speaking in an interview with Fox News, the brigade’s leader Captain Khatoon Khider said there are 500 recruits awaiting training to join the 123 who have already taken their place alongside the Peshmerga on the front line. 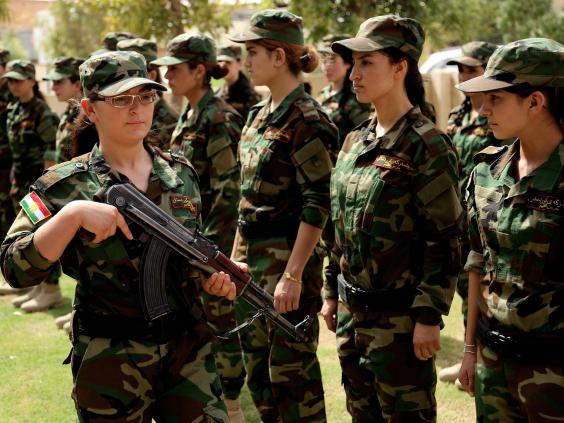 Iraqi Yezidi women are seen during a military training in the garden of the Yezidi Conference Hall in Sahriya, Dohuk 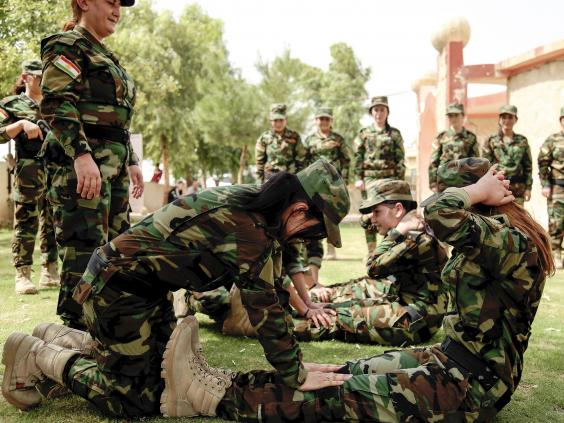 The Peshmerga-trained Force of the Sun Ladies (pictured in September) saw some fighting when they helped force Isis out of Sinjar. They know their hardest fight is yet to come, however

The brigade has become known as the “Force of the Sun Ladies”, and it is already battle-hardened after helping to take back Sinjar from Isis and continuing to guard its mountain home.

They are just some of the 2,000 Yazidi women who were captured and forced into sexual slavery when Isis raided Mount Sinjar in 2014 – but the UN estimates Isis still holds an estimated 3,500 people captive in Iraq, the majority being Yazidi women and girls.

While the Iraqi army is not yet ready to take the fight to Isis in Mosul, the Kurds have taken up positions within miles of the jihadists’ stronghold, preparing for an assault.