There’s a big misconception about the violence in Burma that has caused severe casualties to both Rohingya Muslims and Burmese Buddhists. Therefore it is important that a fair assessment to this issue is done to shed light on the grey areas and enlighten those who are clueless on the subject.

The Rohingyas are a Muslim minority who migrated from Bangladesh and reside in Myanmar. The community procreated in large numbers within a very short period of time without any family planning and considerations to limited resources, because of which the native community in the area has became a minority and deprived of their own lands that were grabbed by increased population of Rohingyans.

According to Rohingyas, they are indigenous to Rakhine State, while the Burmese historians claim that they migrated to Burma from Bengal primarily during the period of British rule in Burma, and to a lesser extent, after the Burmese independence in 1948 and Bangladesh Liberation War in 1971.

General Ne Win’s government, in 1982, enacted the Burmese nationality law, which denied citizenship to the Rohingyas honoring the opinion of vast majority of Burmese. (96%) The decision also came as a result as the Rohingyas were rebelling the government for several decades with the support of external forces, mainly from separatists movements and extremist groups including Al Qaeda.

The Rohingya insurgency in Western Myanmar was an insurgency in northern Rakhine State (also known as Arakan),  waged by insurgents belonging to the Rohingya ethnic minority. Most clashes have occurred in the Maungdaw District, which borders Bangladesh. 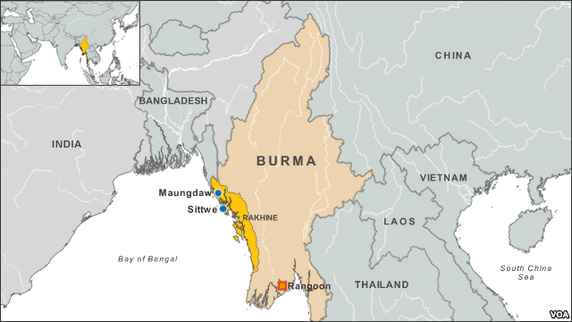 Local mujahideen groups were rebelling government forces From 1947 to 1961, in an attempt to have the mostly Rohingya populated Mayu peninsula in northern Rakhine State secede from Myanmar, and have it be annexed by East Pakistan (present-day Bangladesh). In late 1950s they lost most of their support and surrendered to government forces.

The modern Rohingya insurgency in northern Rakhine began in 2001 although Shwe Maung, the then MP of the Rohingya-majority, rejected claims that new Islamist insurgent groups had begun operating along the Bangladeshi border.

Latest incident that got reported was in October 2016, where clashes have erupted on the Myanmar-Bangladesh border, with Rohingya insurgents linked to foreign Islamists suspected of being the perpetrators.

However Rohingyas have stayed in Burma for several generations and account for nearly 4% of Myanmar’s population.

The issue became more severe when Rohingyas started killing monks too. Often by beheading them. At least 19 such monk killings were reported within a couple of months where monks started to take the side of the native groups who were fighting the Rohingyas. 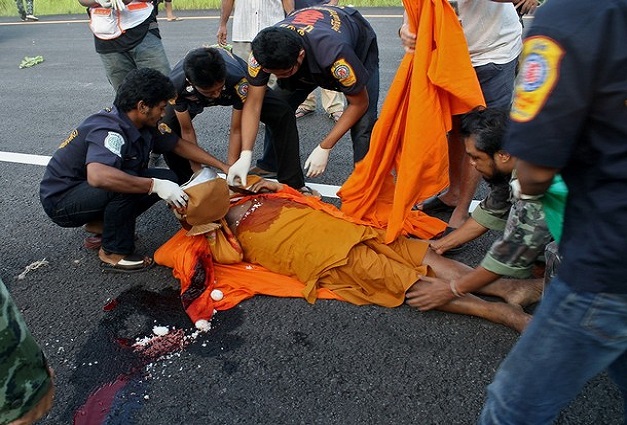 Now the question every one of us must be asking is, why do Muslims kill Christians? Why do Muslims kill Muslims? pretty much everywhere in the world. None of the Buddhists we know did/ does / wants to kill Muslims, at least not because of any religious reasons. But in Myanmar we find low tolerance towards proselytism, this means there’s no problem with any religion you may have, as long as you stick to it and don’t attempt to convert others. The Christians have learned their lesson a long time ago although they continue to do it without being aggressive about it, the Hindus never had such ambitions, the Buddhists never engage in that, but the Muslims…Well…Well…Well

On the other hand Rohingyas communities tend to be highly conservative of inter-faith marriages where they punish and sometimes kills their women in case they marry someone outside Rohingyas. While they are ready to marry Buddhist women and convert them to Islam. This doesn’t sit well with some conservative factions of the Buddhist majority, for obvious reasons.

Christians and hindus, the 2nd and 4th largest communities, by population, are integrating just fine despite many Christian ethnicities engaging against the Buddhist Bamar (Kachin, Chin, Karen, etc), the disputes are historical, territorial and resource-based, never religious. Also, insulting religion, ANY religion, for whatever reason, is illegal in Myanmar and would land you in jail in a matter of hours. And that’s actively enforced, probably for good reason.

Rohingyas Muslims were welcomed as guests in the beginning according to historians. There was little or no problem at the beginning. Problems such as rebelling did happen later but an agreement was reached and they disarmed in early 60s. Although minor conflicts occurred among both communities, nothing serious occurred until about 5 years ago where Muslims gathered in numbers and walked the streets killing the minority natives in their areas. Which is why Burmese Buddhists started counter attacking the Muslims who were killing their brothers and sisters in Rohingyas lands. Below video is self explanatory to the fact that how Muslims gathered in hundreds to attack Minority Buddhists in  Rakhine State.

Therefore, it is critical that one needs to understand that Buddhists do not kill Muslims but the natives are responding to the rebels who are virtually on a ethnic cleansing mission is Rakhine State. If Buddhists were at fault, they should probably be attacking Christians too. At least some type of discrimination against Christians which is the 2nd largest religious community in Burma which has never happened.

It must also be noted that no one should be linking the unrest to religious war. Its a political war where natives trying to protect their life from insurgents belonging to a migrated community. Who are not only trying to procreate at a disturbing rate but also trying to convert natives to their faith forcibly by direct and indirect means. To make it worst, they are promoting Rohingyas men to marry Buddhists but has banned Rohingyas women to marry Buddhists. Its a riot the Rohingyas started by attacking Buddhists and other way round as it is evidently true to anywhere else in the world. It is Rohingyas who kill people Chanting Allahu Akbar and not a single Buddhist because Buddhists can’t possibly justify killing according to their teachings. But their survival has become a priority which compel them to fight back.