These individuals and families are the real people behind our political corruption, our planet’s destruction, and our economic enslavement. It’s time the world learns their names.

With attention squarely focused on the criminality of politicians, particularly that of the US presidential candidates, it’s easy to overlook the people really responsible for all this chaos. Much of the US’ political landscape for over a hundred years, and arguably long before, has been controlled by a small minority of wealthy families and individuals with a specific agenda. Through political and economic machinations over the years, these groups and their minions have funded both sides of wars and profited from them. 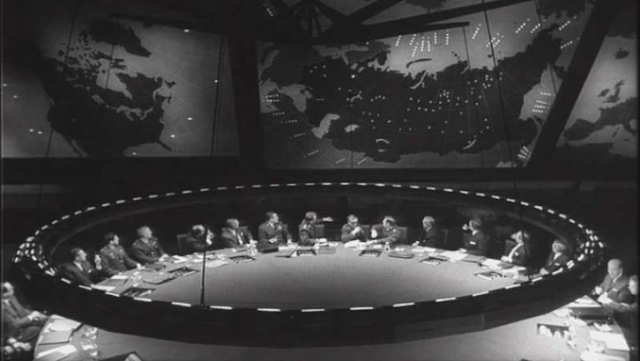 They own the corporations who pollute our planet and exploit us all. They own the banks which make us slaves to imaginary debt. They own the politicians and police forces that are meant to serve us, yet they seek to undermine us and our “democracy” at every turn. Regardless of where you live, the following people are working against all of us, seeking only to procure still more power and influence and control every aspect of our lives. It’s about time we learned their names. 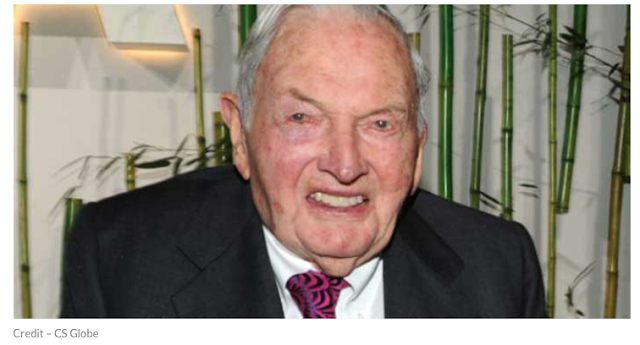 The Rockefellers are arguably one of the most evil families in American history. J.D. Rockefeller, the US’ first billionaire, was responsible for monopolizing the American Medical establishment over 75 years ago, and led the campaign to discredit other natural remedies in favor of the pharmaceutical industry he helped to create.

He and his descendants later funded the Tavistock Institute for Human Relations, which used Freudian techniques to influence the opinion of the masses. Graduates of this institute went on to assume leadership roles in mainstream media, the government, and corporations. David Rockefeller is the only surviving grandson of J.D. Rockefeller, and, as such, continues his family’s dark legacy by using his incredible personal wealth. He has openly admitted that his family’s long-standing plan has been to create a one world government controlled by elites saying:

“Some even believe [the Rockefellers] are part of a secret cabal working against the best interests of the United States, characterizing my family and me as ‘internationalists’, conspiring with others around the world to build a more integrated global political and economic structure – one world, if you will. If that’s the charge, I stand guilty, and I’m proud of it.”
David Rockefeller has been instrumental in planning the advent of this “new world order” via his influence in the Bilderberg Group, Trilateral Commission, and the Council of Foreign Relations.Henry Kissinger 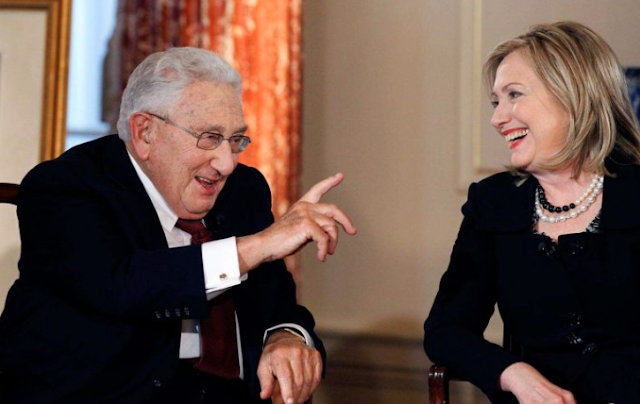 Henry Kissinger is a war criminal like no other, though some of his proteges – such as Hillary Clinton – have come close. Not surprisingly, he’s been one of David Rockefeller’s closest friends since 1954. Kissinger, while serving as Nixon’s Secretary of State, oversaw a bloody coup in Chile, an illegal bombing campaign in Cambodia, and millions dead in Vietnam. However, because of his insider connections to the military-industrial complex, Kissinger ended up being awarded the Nobel Peace Prize, a decision so outrageous that several members of the Nobel committee resigned in protest.

Though Kissinger no longer serves as secretary of state, he still wields enormous influence and works as a consultant for some of the biggest names in US and international politics. He has served as a mentor to Hillary Clinton and Barack Obama and has been largely influential in the development of the US’ system of perpetual war. His legacy is evident in the never-ending ‘War on Terror’, and in the extrajudicial killings of US citizens via the covert drone war. 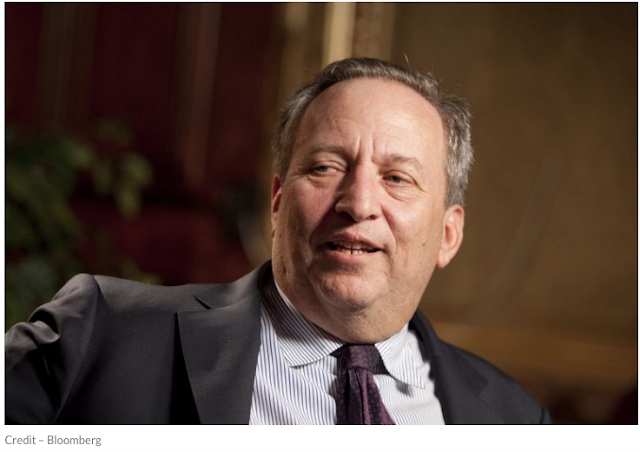 Larry Summers not be very well-known, but his influence has been substantial nonetheless. Summers was a key player in economic policy under Bill Clinton’s administration, serving various important positions within the US Treasury until becoming the Secretary of the Treasury in 1999. Summers, along with his mentor Robert Rubin, were responsible for deregulating the US banking system via the removal of the Glass-Steagall Act, making him more responsible than any other person for the economic crisis of 2008, as well as the economic crisis we are soon to face.

Not only that, Summers also conspired with a cabal of banker big-shots to deregulate the banks of the entire world. Summers and his cronies forced nearly every government in the world to sign the Financial Services Agreement, an addendum to the international trade agreements managed by the World Trade Organization. The only country that refused was Brazil, one of the few countries who avoided the worst of the 2008 crisis. Summers pushed all of this deregulation to make the bankers richer as the 2008 crisis was essentially a massive wealth transfer from the people to the bankers. With Summers still very influential in the US government, his work will only make the inequality divide in the US worse with time. 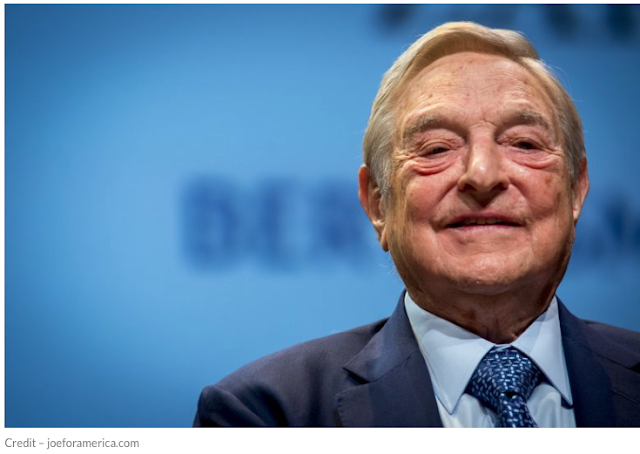 George Soros is one of the most notorious billionaires in the world. Soros made it rich as a currency manipulator, famously making a billion dollars in one day by initiating a British financial crisis and betting on the outcome. During the 1997 Asian financial crisis, Soros was accused by the Malaysian government of bringing down the nation’s currency through his insider trading activities. He did something similar in England, prompting Thailand to call him an “economic war criminal.” Yet, Soros is more well-known for his funding of political causes, as well as his machinations that helped lead to Europe’s refugee crisis.

Soros has also been accused of rigging elections as he has strong ties to several of the companies which produce electronic voting machines. Many of these Soros-funded voting machines malfunction and even switch votes. Soros also pushes for a “one world government”, and has worked to erode American sovereignty as well as the sovereignty of other nations in pursuit of that goal. 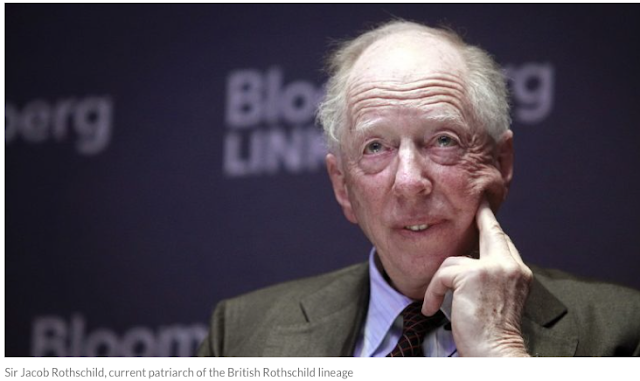 Last but not least, we have the Rothschild family. The Rothschilds are arguably the richest family in the world and essentially own a majority of the world’s central banks – which are private institutions in most countries – as well as the International Monetary Fund and the World Bank. The Rothschilds’ most well-known patriarch, Mayer Amschel Rothschild, once said:

“Give me control of a nation’s money and I care not who makes the laws.”
This has been the maxim of the Rothschild family ever since. The Rothschilds are also responsible for Zionism, a racist ideology opposed by many Jews, and the State of Israel, which has caused numerous wars in the Middle East in its short history and is responsible for the unbelievable suffering of the Palestinian people. With so much money and so much power, the Rothschilds have incredible amounts of influence in US and international politics, so much so that even Hillary Clinton has begged them forgiveness in leaked emails. This one family has the power to economically destroy any nation that doesn’t do what the Rothschilds want.
What are your thoughts? Please comment on our Facebook page and share this news!
Click here to read the complete article